Co-authored by Rucina Ballinger and Wayan Dibia (former rector of the Indonesian Institute of the Arts) with illustrations by Barbara Anello, this is the perfect book for the layperson who wants to be informed about the cultural context of Balinese performing arts.  Published in 2004 by Periplus Editions Singapore.

The Sumba Foundation has produced a collection of stunning photography and insightful commentaries on the rich history and culture of Sumba.

The images transport you to another place and time to experience the fascinating culture and dramatic scenery of Sumba through the lens of some of the world’s best photographers.

Rucina was one of the editors for this book.

UBUD IS A MOOD 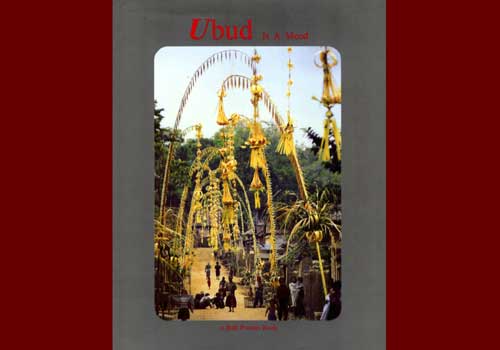 “Ubud is a Mood is the ultimate insider’s book about “Ubudians,” as one author Rucina Ballinger calls them. Its pages are full of gossip, reminisces, anecdotes and real life tales from a generous helping of Ubud’s  long-term native and foreign residents. Open it anywhere and the reader is sure to find some image, story, arcane fact or minutiae that will delight or inform.” (Bali Advertiser)

Rucina contributed an article on the History of Ubud for this volume.

Rucina contributed two articles to this 2002 premier guidebook:  Peliatan, Land of the Legendary Legong and Dance and Drama: Vibrant World of Movement and Sound.

YKIP or The Humanitarian Foundation for Mother Earth was founded in 2002 right after the Bali bombing.  Rucina became the first director of YKIP and during her tenure produced the privately published book YKIP The First Five Years.  This book describes in detail how YKIP started, with funding from its’ primary donor at the time, Mark Weingard via the Annika Linden Foundation (now the Inspirasia Foundation) and the programs and projects originally funded by the ALF (most of which are still going strong). 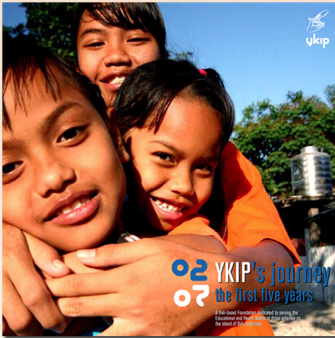 Desa Les in North Bali is in a very dry and impoverished area.  The Amicorp Community Foundation has been working here for the past several years and from 2013-2016 built 725 kamar mandi or freestanding bathhouse/toilets in the homes of economically disadvantaged families, bringing them a higher standard of health care and dignity.  This privately published book tells this story.  Rucina was one of the major contributing writers.